‘A Fistful of Shells:

By the time of the ‘Scramble for Africa’ in the late nineteenth century, Africa had already been globally connected for many centuries. Its gold had fuelled the economies of Europe and the Islamic world since around 1000 CE, and its sophisticated kingdoms had traded with Europeans along the coasts from Senegal down to Angola since the fifteenth century. Until at least 1650, this was a trade of equals, using a variety of currencies – most importantly shells: the cowrie shells imported from the Maldives, and the nzimbu shells imported from Brazil.

Toby Green’s groundbreaking new book transforms our view of West and West-Central Africa. A Fistful of Shells draws not just on written histories, but on archival research in nine countries, on art, praise-singers, oral history, archaeology, letter and the author’s personal experience to create a new perspective on the history of one of the world’s most important regions. 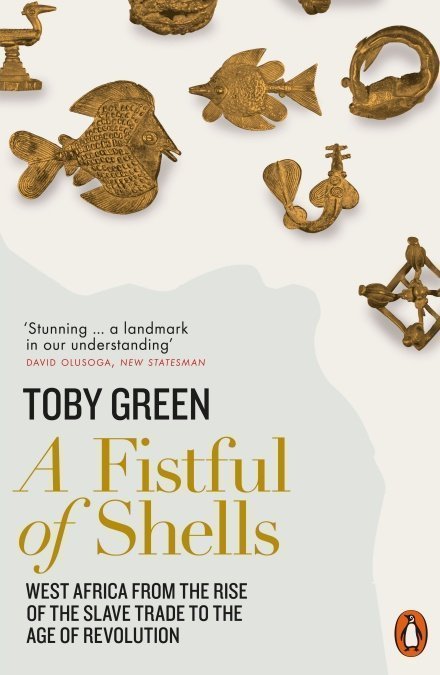