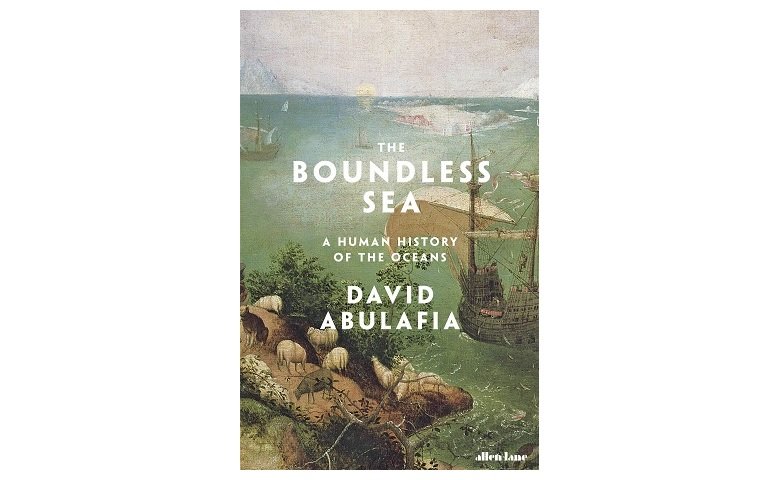 A global history of humankind told through our relationship with the world’s oceans has tonight been announced as the winner of the Wolfson History Prize 2020, the most prestigious history prize in the UK, with David Abulafia taking home the £40,000 top award for his book The Boundless Sea: A Human History of the Oceans.

The winner was announced in a virtual ceremony featuring guest appearances from previous Wolfson History Prize winners including Mary Beard (2009), Peter Marshall (2018), and Mary Fulbrook (2019). The ceremony can be viewed here. The Wolfson History Prize is awarded annually to a work of historical non-fiction which combines excellence in research and writing, with readability for a general audience. It is the most valuable non-fiction prize in the UK.

Abulafia beat five other shortlisted authors to take home the coveted Prize: John Barton (A History of the Bible: The Book and its Faiths), Toby Green (A Fistful of Shells: West Africa from the Rise of the Slave Trade to the Age of Revolution), Prashant Kidambi (Cricket Country: An Indian Odyssey in the Age of Empire), Hallie Rubenhold (The Five: The Untold Lives of the Women Killed by Jack the Ripper), and Marion Turner (Chaucer: A European Life).

The Boundless Sea: A Human History of the Oceans (Allen Lane) reveals the importance of the sea to all of our stories, highlighting how it has shaped human societies and cultures for millennia. Abulafia takes readers around the globe and through thousands of years of history, exploring the earliest Polynesian seafarers, who navigated by stars; Viking raids in Northern Europe; piracy in the Caribbean; the Atlantic slave trade; naval skirmishes; through to the realities of modern-day super-shipping.

David Abulafia said, “Winning the Wolfson History Prize I see as a tribute to all of us who have been trying to communicate history to the public, writing in an accessible way without jargon, and making sure that people see the past as an essential part of our human experience.”

David Cannadine, chair of the Wolfson History Prize Judging Panel commented: “The Boundless Sea tackles a world encompassing subject: humanity’s constantly changing relationship with the seas that cover most of our planet and on which our very lives depend. This is a book of deep scholarship, brilliantly written and we extend our warmest congratulations to David Abulafia.”

The Wolfson History Prize is run and awarded by the Wolfson Foundation, an independent charity that awards grants in the fields of science, health, heritage, humanities, and the arts.

Paul Ramsbottom, chief executive at the Wolfson Foundation, said: “This year’s Prize ceremony was virtual for the first time but the essence of what the Prize has stood for across nearly five decades remains constant. We celebrate the importance to society of outstanding and accessible history writing. David Abulafia’s book is magnificently ambitious, brilliantly examining the changing, extraordinary connections between the vast oceans and humanity. While broad in chronological sweep, this clearly has a strong contemporary resonance – as our relationship with the natural world (including the oceans) is under scrutiny as never before.”

For media enquiries, and to request interviews, images, quotes, and proofs for review please contact: Edwina Boyd-Gibbins or Ben McCluskey at Midas Public Relations on edwina.boyd-gibbins@midaspr.co.uk / ben.mccluskey@midaspr.co.uk or 020 7361 7860.